Things you should know about .NET 5

by George Kosmidis / Published 2 years and 2 months ago 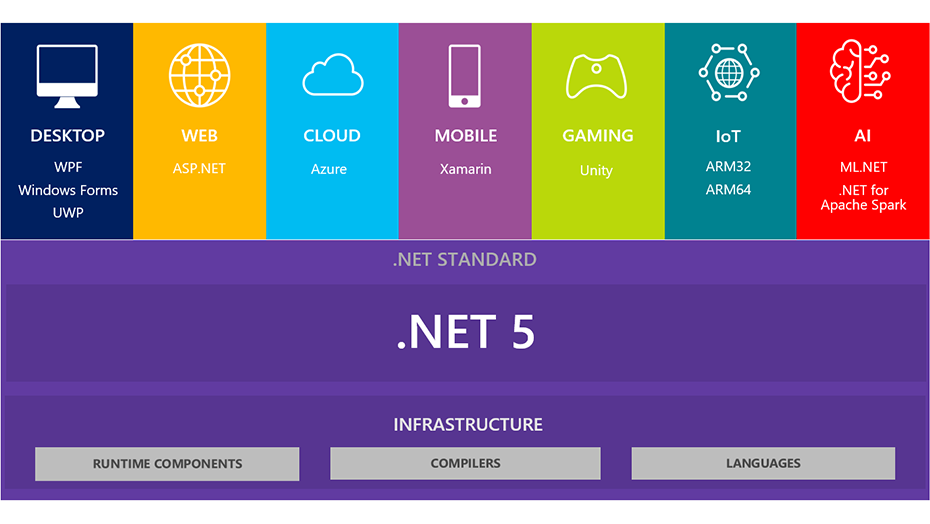 I know many of you are waiting for an LTS to jump in and upgrade your systems, but I think this time things are a bit different! First of all, the next LTS will be .NET 6 which is planned for November 2021, and secondly .NET 5 is already published two months ago as RC1. Actually, two release candidates of .NET 5 were published and tested by many before the actual release:

In this post, we will go through some of the important things of .NET 5, things you should know before you jump in – and you should!

Before we go through this major release, let’s see the plan: Microsoft plans to publish new major releases of .NET on a regular cadence, enabling developers, the community, and businesses to plan their roadmaps. Starting with .NET 5, these releases will happen every November and every other release will be an LTS release.

LTS is an acronym for Long Term Support. LTS releases are supported for three years after the initial release.

Dropping “Core” is not always true

.NET 5 is the one and only and this alone definitely clears the confusion, but that is not the case for ASP.NET and Entity Framework!

There are technologies in .NET Framework that there are no plans to port them to .NET 5, and the reason is, we now have better alternatives! Following a list of these technologies

Although .NET 5.0 is the main implementation of .NET, the one and only for the future to come, .NET Framework 4.x will still be supported.

Easy to understand why I guess!
If you want to share code between .NET Framework and .NET 5 (or .NET Core) you still need to specify netstandard2.0 as your TFM.

If older support is not in your plans though, new application development can specify the net5.0 target framework moniker (TFM) for all project types, including class libraries. Sharing code between .NET 5 workloads is simplified in that all you need is the net5.0 TFM.

For .NET 5.0 apps and libraries, the net5.0 Target Framework Moniker (TFM) combines and replaces the netcoreapp and netstandard TFMs.

What’s new at a glance

Let’s take a short look of what is new in this first release of the future of .NET. In a future post we will go through these changes one by one and check all the details necessary.

Are you ready for the change?

.NET 5.0 is the one and only, the one to rule them all and this is just a step in a transition to the new .NET that started 3-4 years ago with .NET Core 1. It’s not going to be fast, especially for some huge Web Forms apps out there, but we have a clear way ahead!